From the plateau, the route rises to the Detroit Drop, the highest point of the forward route continues with a single on the mountainside to Colle-Saint-Michel.

Second part of the TransVerdon mountain episode. Everything is unusual in this portion of homelessness, the descent of the Detroit Drop (2472 m) does not escape! Variety of terrain, rhythm... and above all sumptuous landscapes... guaranteed change of scenery!

After the pass, it is a long descent entirely on trail to the picturesque hamlet of Peyresq.

The route passes close to several pastoral huts. Bypass the herds and do not disturb the shepherd during your passage. 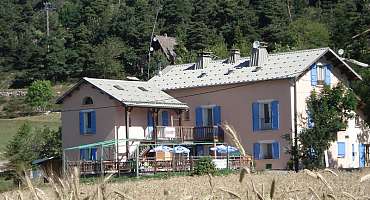